Last night, a couple of our friends hosted game night – a longtime tradition of mine! I headed home to change after work and walked into one of the most delightful smells. 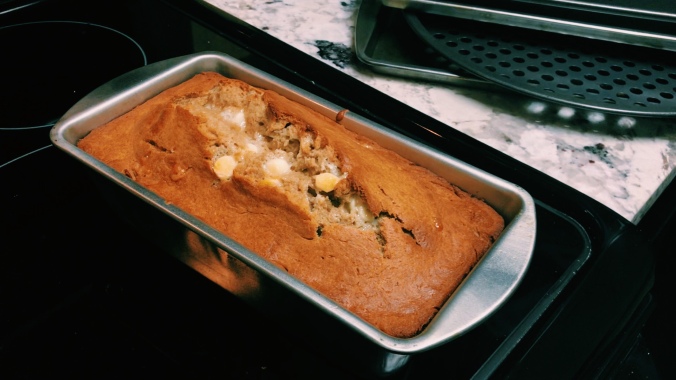 My boyfriend spontaneously decided to make banana bread from scratch for the first time in his life! He later confessed that it was a procrastination tactic to get out of studying for his upcoming exam. But when he asked me earlier in the afternoon “should I make banana bread?” I thought….when would the answer to that question EVER be No!?!? Put on your apron, babe! 😉 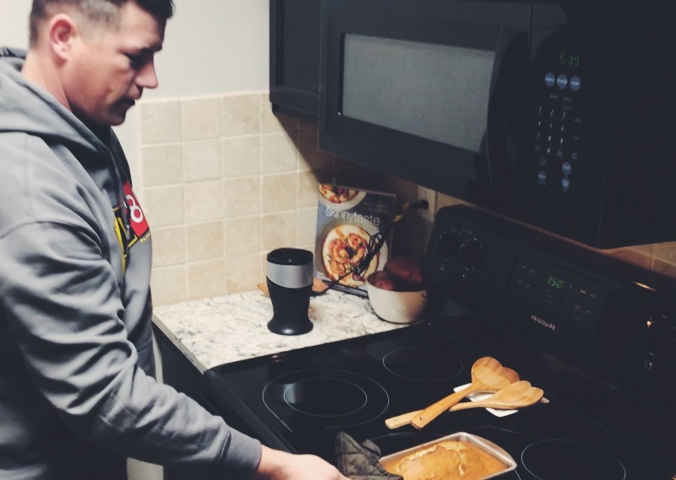 Now when you come home from work to discover your partner’s culinary experiment, you can focus on one of two things: the effort and edible deliciousness they created for you OR the enormous pile of dishes covering your counters…. 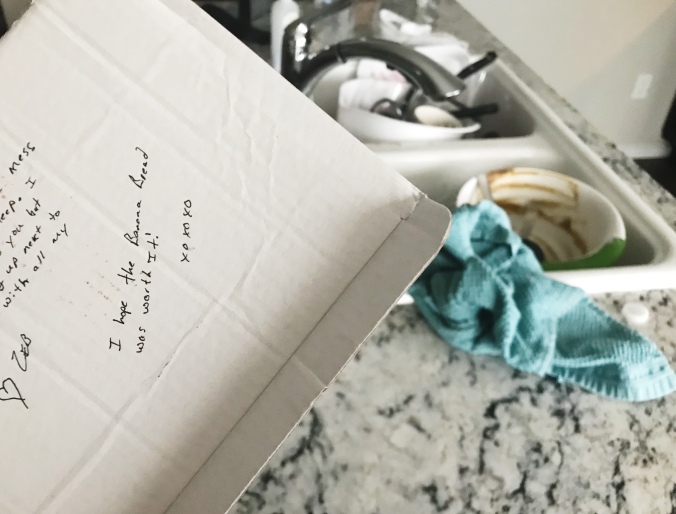 I’m only kidding, I really didn’t mind the messy-looking kitchen because HELLO the boy knows that carbs and sugar are my love language. It’s not everyday I come home to a cute dude in my kitchen pulling out a fresh loaf of heaven but to make it even sweeter (lol) he added Ghiradelli white chocolate chips on top. Pinch me 🙂

All that was to say that we showed up to game night about 45 minutes late because bread takes longer to bake than expected, and we were starving. I was our designated driver for the night since I’ve locked down some health and fitness goals for myself. The party snacks were amazing but Zeb and I were craving some substance, and he needed a little bit heartier of food to go with his whiskey on the rocks. 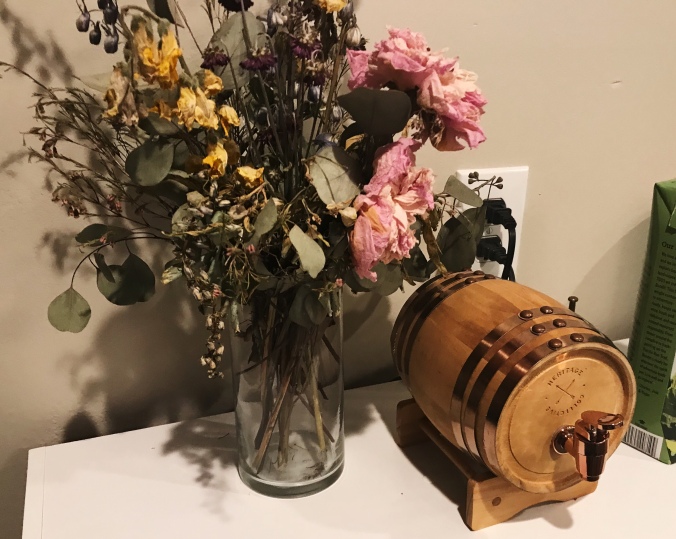 So he pulled out his phone with 5% battery left and used every last bit of energy it had to order us a large pepperoni and pineapple pizza on hand tossed thick crust.

“My hero!” I exclaimed as he set down his dying phone after announcing that pizza would be here in 35 minutes. We snacked on a few more pretzels while we waited but my mouth was practically watering when I heard the doorbell ring and we paused our game of Code Names. 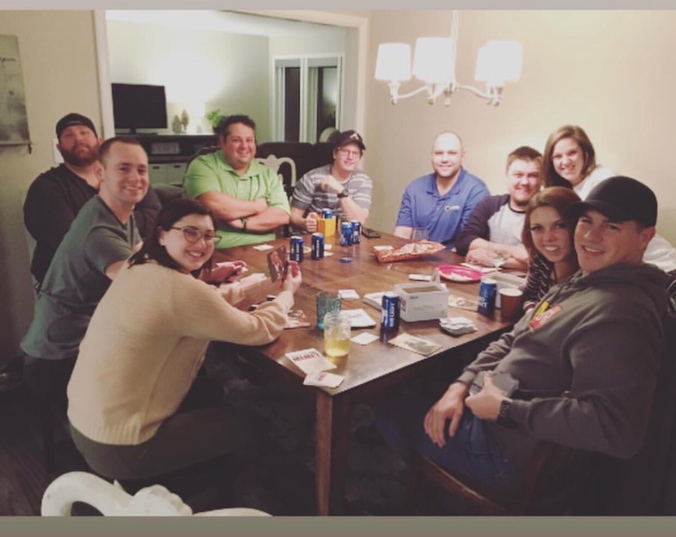 Once Zeb and I put a couple of slices onto a plate, we walked back into the game room and sat back down around the table of 10 of our friends. After my first bite, it hit me.

Something is NOT right. Something….is….missing.

“Hey babe?” I said to Zeb who already devoured half a slice. “There’s no cheese on the pizza.”

Yes. It was a crust, with red sauce, pepperoni, pineapple, and that’s it! Not one shred of cheese. I can’t believe we didn’t even notice this when we initially opened the box and pulled out our pieces but that should tell you how hungry we were!

Everyone around the table laughed so hard, in disbelief that I wasn’t joking. We literally held a saucy piece of bread with meat and fruit on it. I mean, without the cheese, pizza is a pretty bizarre food…

In case you’re thinking that the pizza company made some kind of colossal mistake, that was my first assumption too. But apparently when you order pizza online, you are expected to put a check mark in the box next to cheese. What!? I didn’t even know that there was an option to order pizza without cheese! Why would you do that?

So it turns out it was our fault for not selecting cheese on the list of toppings. Lesson learned the hard way 😦 I can’t believe people actually order pizza like that ON PURPOSE?

We switched to the game What Do You Meme next and there were a lot of jokes about cheeseless pizza aimed at Zeb. He won’t live that down! 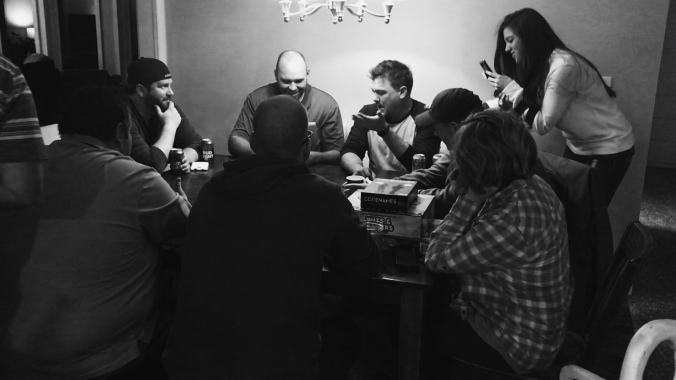 I’m working on my next “vlog” for YouTube for the rest of the night and I plan on finishing it up at a local coffee shop tomorrow morning before my workout.

Can’t wait to share all of 2019’s adventures with you in video form! My first real “adventure” will be one week from today….I’m heading to a state I haven’t been to with my boyfriend to meet up with one of my high school best friends and run some scenic trails together!

Thank you for reading all the way through my pizza rant. I’ll have you know I just ate 3 servings of Cheddar rice cakes to make up for last night’s grave mistake. 😋